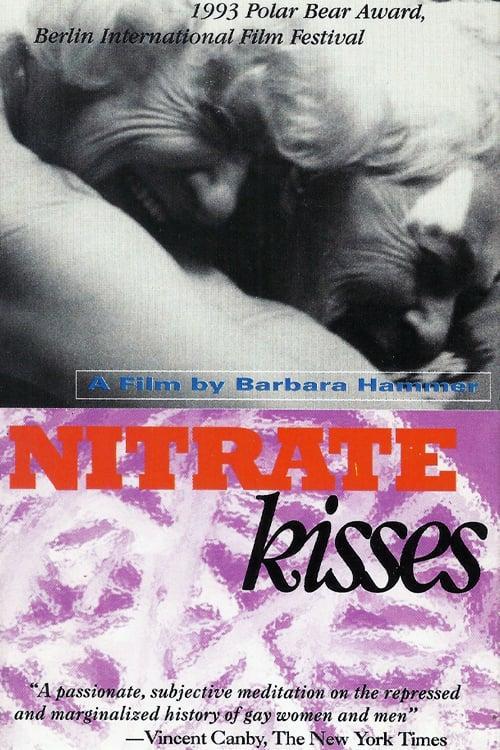 Clip from feature documentary, explores eroded emulsions and images for lost vestiges of lesbian and gay culture. This first feature by Barbara Hammer, a pioneer of lesbian cinema, weaves striking images of four gay and lesbian couples with footage of an unearthed forbidden and invisible history. Archival footage from the first gay film in the U.S., Lot In Sodom (1933) is interwoven in this haunting documentary.

“Nitrate Kisses questions how history is recorded and encourages the viewer, gay or straight, to save scraps, letters, books, records, and snapshots in order to preserve our ‘ordinary’ lives as history.” Barbara Hammer