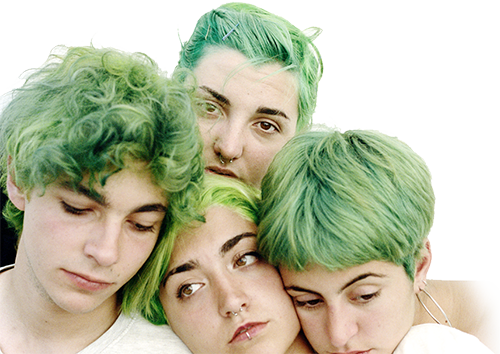 Pepa San Martín is a Chilean director and scriptwriter, born in Curicó, who has built her career based on work, tenacity, energy and a great awareness of the need for cinema and culture to be used as weapons for transforming the world.

Her beginnings were linked to theatre, but it was after visiting a film set for the first time that she discovered her true vocation: the seventh art. Without any traditional academic training, she forged her style and completed her learning through constant work and effort, mostly as an assistant to the director on around thirty projects. From masters such as José Luis Torres Leiva and Alejandro Fernández Almendras, amongst others, she learnt the trade, technique and, above all, about the need to have a direct connection with the stories you tell.

In this coherent, organic manner, her first work as a director, La ducha, came into being. A story featuring two women and a cat, where we can see many of the components that will accompany her throughout her different projects: women in the central narrative space; deep, complex emotional ties described with simplicity; the use of a handheld camera and  impeccable internal organisation of the shot composition; subtlety and sensitivity when conveying strength; and the presence of her two headlining producers – Marianne Mayer-Beck and Macarena López.

Her second work, Gleisdreieck (2012), shows a love triangle involving mature women, lesbians again, but without a cat this time, although they do have lots of cherries. A definite revindication of maturity as a vital space where emotional ties and relationships continue to develop.

In 2016, Rara, her first feature film, was based on the story of Karen Atala, a Chilean lawyer and judge with Palestinian roots, and one of the first professionals in the Chilean legal system to come out as a lesbian, costing her the custody of her daughters. The film was a hit with audiences and the critics alike and earned her an impressive list of awards, nominations and selections at the world’s most prestigious festivals, including the Horizontes Award at the San Sebastián Festival.

A film created from the perspective of a 12-year-old girl looking at the reality of her family, her surroundings, and herself, as she has to learn to relate to the world from an awareness that having two mums is not the norm.  Narration in such an appropriate tone, somewhere between accusation and revindication, that it was rated for general audiences when released in Chile, making it the first film with lesbian lead charaters to ever get that rating in her country.

Her filmography always focusses on subjects that invite discussion, revisit conventions and show how insufficient the steps that have been taken in Chile are. She believes that this country still has a long way to go in terms of equality and rights, and this has been confirmed by all of the attention her work has received. And perhaps, most importantly, her absolute certainty that film is a valuable political weapon for social transformation, without this taking away from her capacity for empathy and connecting with the audience.

Zinegoak believes that the success of Pepa San Martín is the success of constancy and hard work. The success of cinema that is born from the urgent need to relate realities that require explanation, and the triumph of being able to do so through signature, horizontal and unmistakeably feminist work processes that arise in organic, unforced fashion.

For all these reasons, we are giving her our 2020 honorary award and we hope that it serves not only as acknowledgement of the work she has already done, but also as support for all the projects that are sure to come in the future.