Hassan Kamoga teaches us a lesson about braveness during Zinegoak Festival 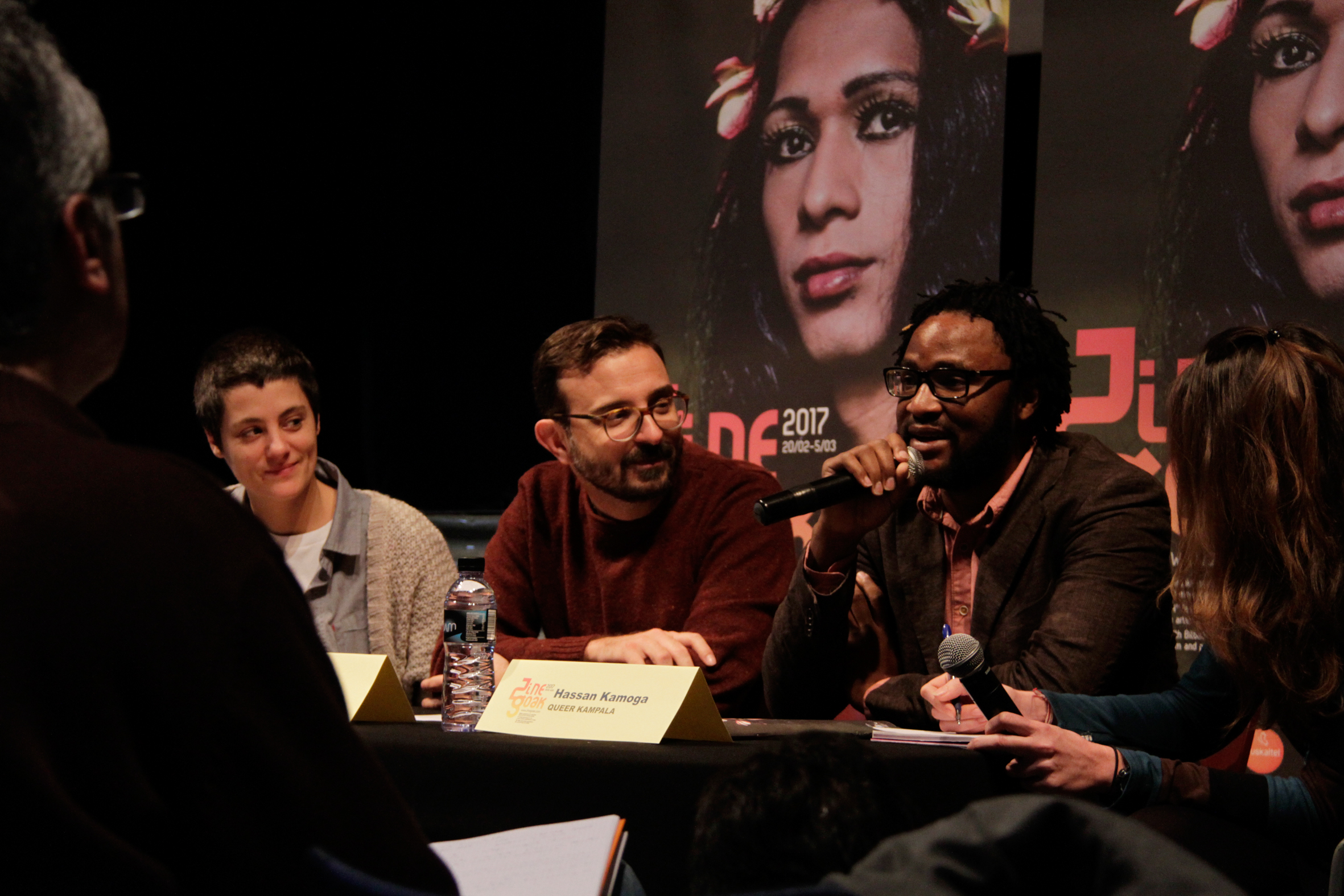 Hassan Kamoga teaches us a lesson about braveness during Zinegoak Festival

In the last five years, an antihomosexual bill has been attempted to be instituted in Uganda so that any person attracted to their own genre becomes stigmatized. Nowadays, homosexual people are chased, arrested and incarcerated. However, if the bill gets eventually introduced, LGBTQI+ community might even face death penalty. Criminalization is much higher among male homosexuals than among female ones. Therefore, women become even more vulnerable, since, as Violeta Assiego claims, “[women] don’t even have the right to not have the right”.

Despite this national panorama, an activist from Uganda defeated fears and organizes the very first LGTBIQ cinema and scenic arts in his country (Queer Kampala). Kamuga knew the danger it meant but he did not hesitate. During the opening session, Hassan Kamuga explained that the festival was greatly received by the audience. Not only the part of the audience who considered this kind of events to be necessary, but also those who were reticent about it, enjoyed the festival. People who were against it at the beginning realized that no one was trying to impose an ideology, but they were shown the reality in their country.

Hassan Kamuga has exposed himself to the audience and media in the events compressed in the Zinegoak calendar. On the 23 rd of February we attended to a colloquium held in the civic centre La Bolsa. There, the director explained his own experience and all the things he had to go through so that the festival can be organized in Uganda. Kamuga talked about all the difficult moments he has had to face in the last years. In 2014 he thought of leaving his country; and nowadays he has to change his address every few months, since he is persecuted because of his projects and his sexual identity.
At the end of the conversation, Kamuga added that when he flies back to Uganda, his situation can be even more complicated. However, he accepts the risk because it is necessary to make himself, his situation and the situation of Uganda known to the media and audience.
Kamoga, answering some questions the assistants made, claimed that being known is dangerous but it is a way to fight against the oppression of the system.