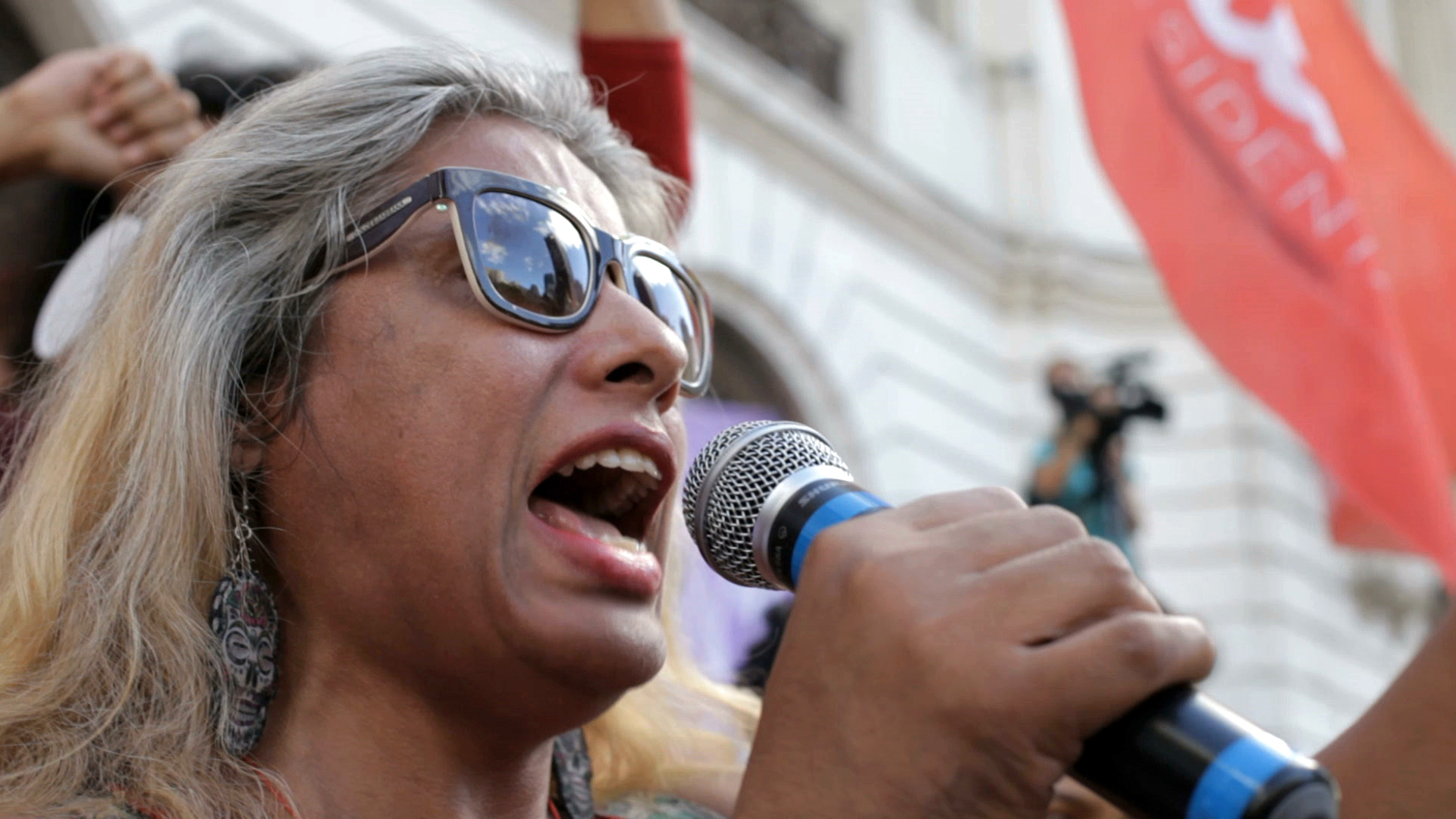 Bigger-than-life revolutionary, Indianara and her group lead a fight for the survival of transgender people in Brazil. She gathers her forces for one last battle against the attacks from her political party and the totalitarian threat to come.

Indianara is definitely a surprising documentary with an unquestionable ability to get our attention, just like its star. With its chiaroscuro and contradictions, Indianara brings us into Bolsonaro’s Brazil and lets us discover the extra limitations and difficulties endured by the LGBTI+ community as a whole, and especially trans people.